It’s important to think of depression like other illnesses, such as, diabetes, high blood pressure or heart disease. It’s a common and treatable condition.

But, if not addressed or treated, depression can lead to more serious health issues… and in some cases, suicide. 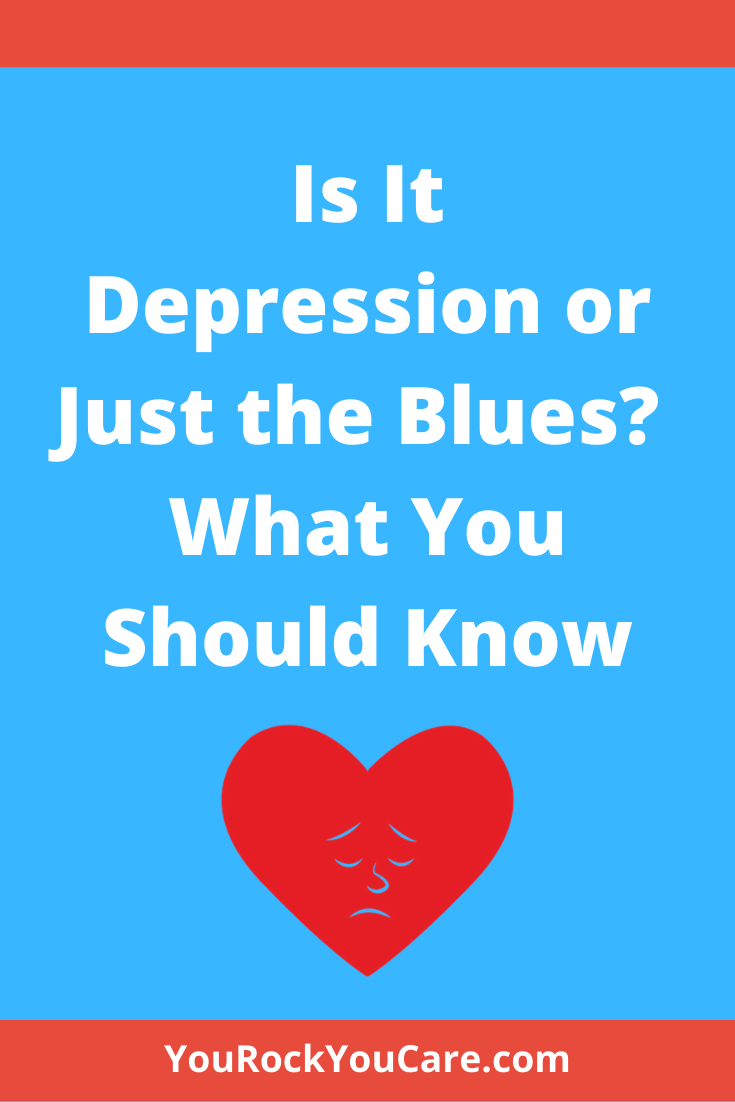 The consequences of untreated depression can be devastating, including, emotional pain and suffering, relationship break-ups and broken marriages, increased work absenteeism and decreased productivity, health problems and even death.

Depression and suicide risk do not go away on their own…

If you know the warning signs of suicide, you can get help for anyone in crisis… before it’s too late.

Are you depressed or do you have the blues?

Everyone gets the blues. However, these feelings of sadness are usually short-lived and pass within a couple of days.

When you’re clinically depressed, it interferes with your daily life for many weeks or longer. Your symptoms can affect your mind, body and spirit. It causes pain for you and those who care about you.

When Should You Get Help For Depression?

You may have true clinical or major depression if you have five or more symptoms for most of the day, nearly every day — for at least two weeks.

If you’re dealing with depression symptoms which are severe enough to interfere with your daily activities, it’s important to speak to your doctor about treatments that can help you feel better.

If you’re depressed, hoping and waiting to simply feel better without treatment can be harmful for your health.

Untreated depression may become more severe. The longer the delay in treatment, the harder it may be to control.

Untreated depression can worsen or contribute to other medical problems. It has been linked to increased risk for heart disease as well as obesity, diabetes, cancer and Alzheimer’s disease.

Depression can affect how you feel, think and behave. It can lead to a variety of emotional and physical problems. It can lead to problems doing normal day-to-day activities.

Depression may make people feel as if life isn’t worth living.

People who are suicidal or severely depressed can not function may need to be treated in a psychiatric hospital.

Many depressed people do not get proper treatment. This causes unnecessary suffering that can last a long time.

Getting help is a much better option. The success rate is high for treating depression.

Up to 80% of people treated for depression show improvement in their symptoms usually within 4-6 weeks of starting medication, getting psychotherapy, attending support groups or a combination of these treatments.

Even those severely depressed can get better with treatment.